Bread. The staff of life. Our daily bread. My favorite food.

On Friday, Keith and I went out for lunch after church. (The weekend here is Friday and Saturday.) Whenever we go out, I check out the bread page of the menu. This time, I ordered something I hadn’t heard of before: Kashmiri naan. I was not disappointed. Though the menu (see image below) said it had “dried fruit”, I guess they were out because this was loaded with finely diced fresh mango, grapes and cashews. There was also an orange glaze lightly added to the top. 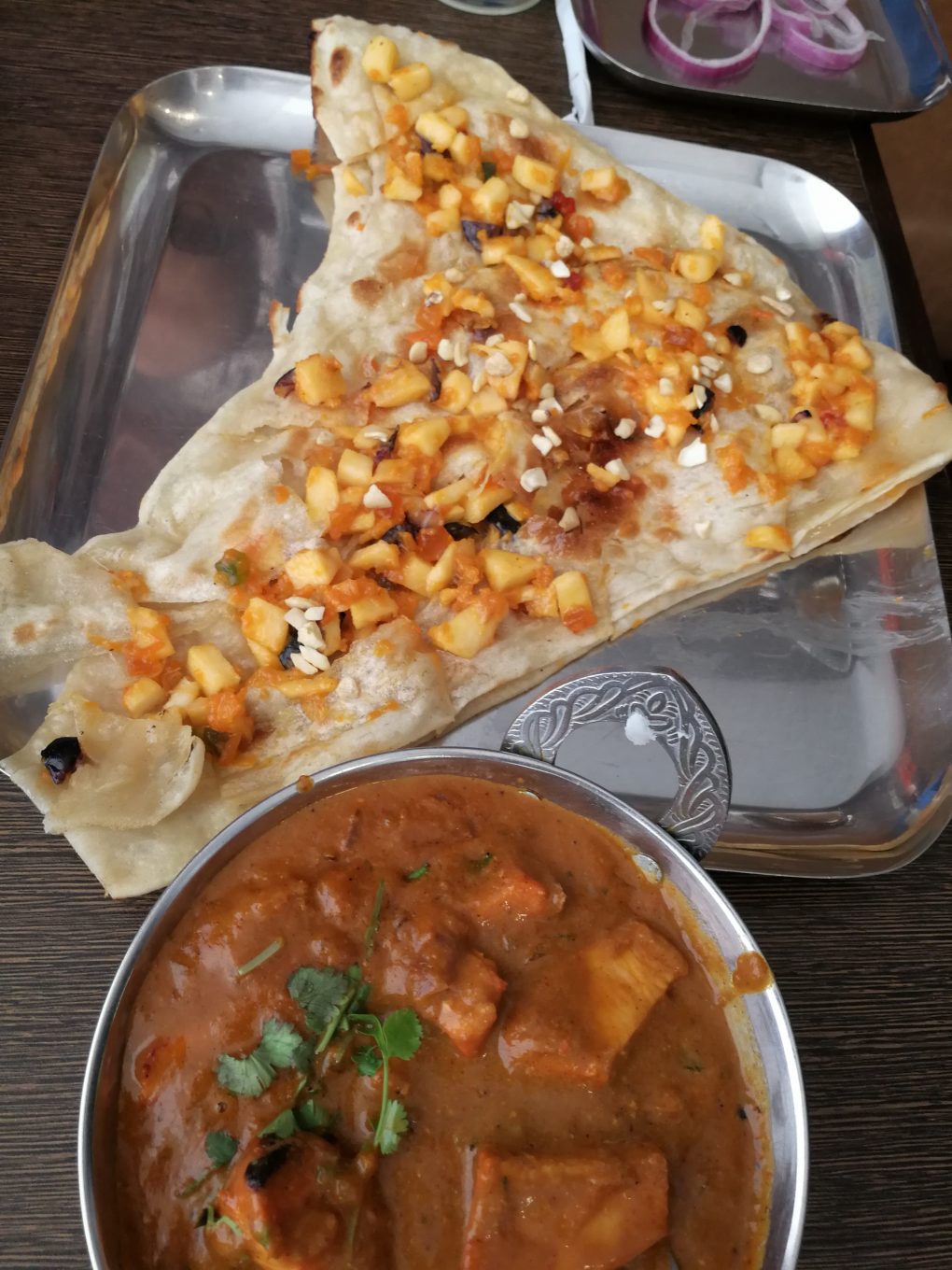 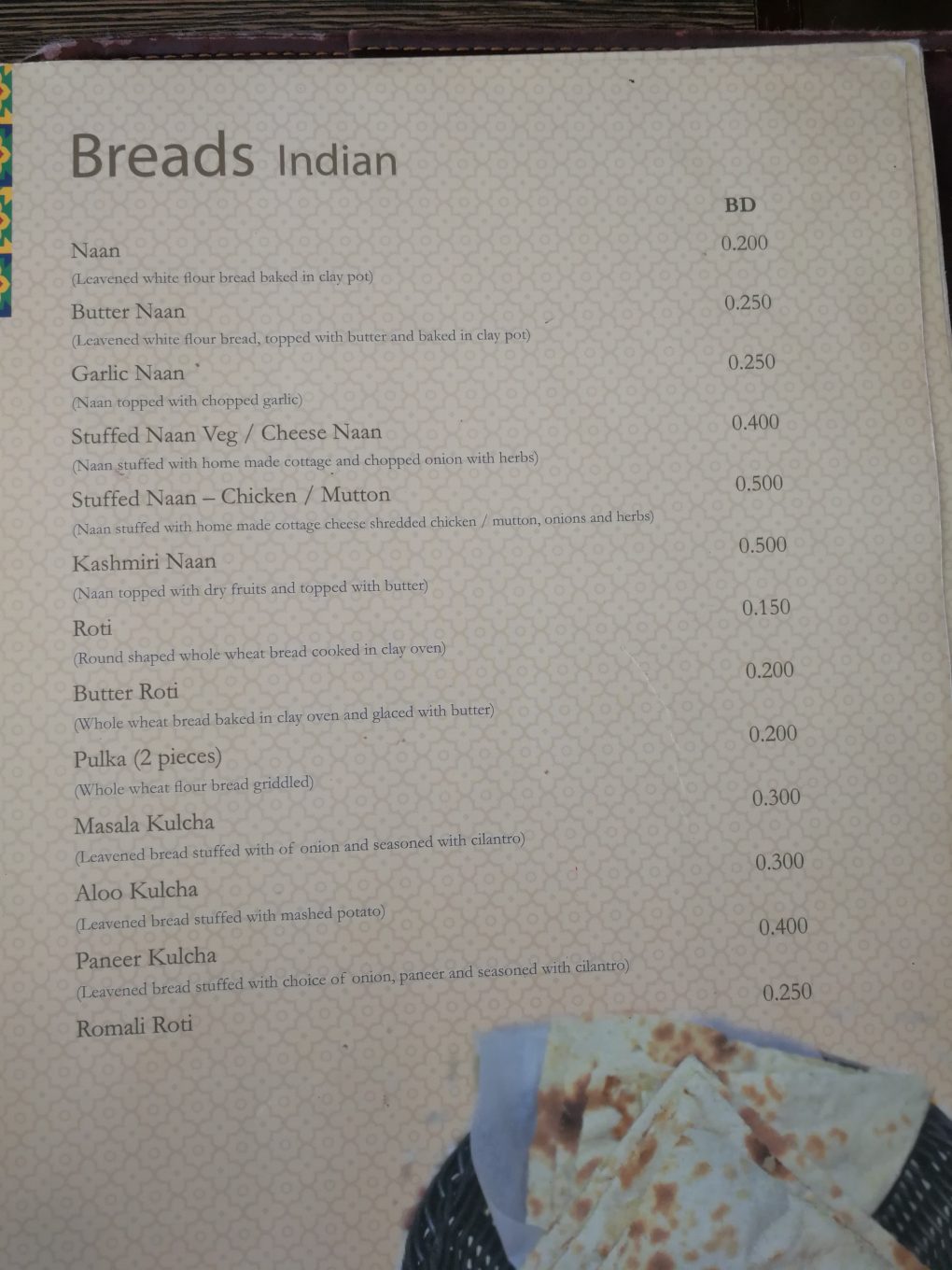 At least once a week we also walk down to our neighborhood bread baker and buy 5-10 large pieces of freshly baked bread (roti) for 100 fils (that is 27 cents U.S).

One of the wonderful things that Bahrain does for the people here is that they subsidize bread to keep it very inexpensive. It is a gracious and generous act. It’s a beautiful way that people are given their daily bread. Everyone can afford fresh bread in Bahrain, and every neighborhood has a bread oven similar to this one: 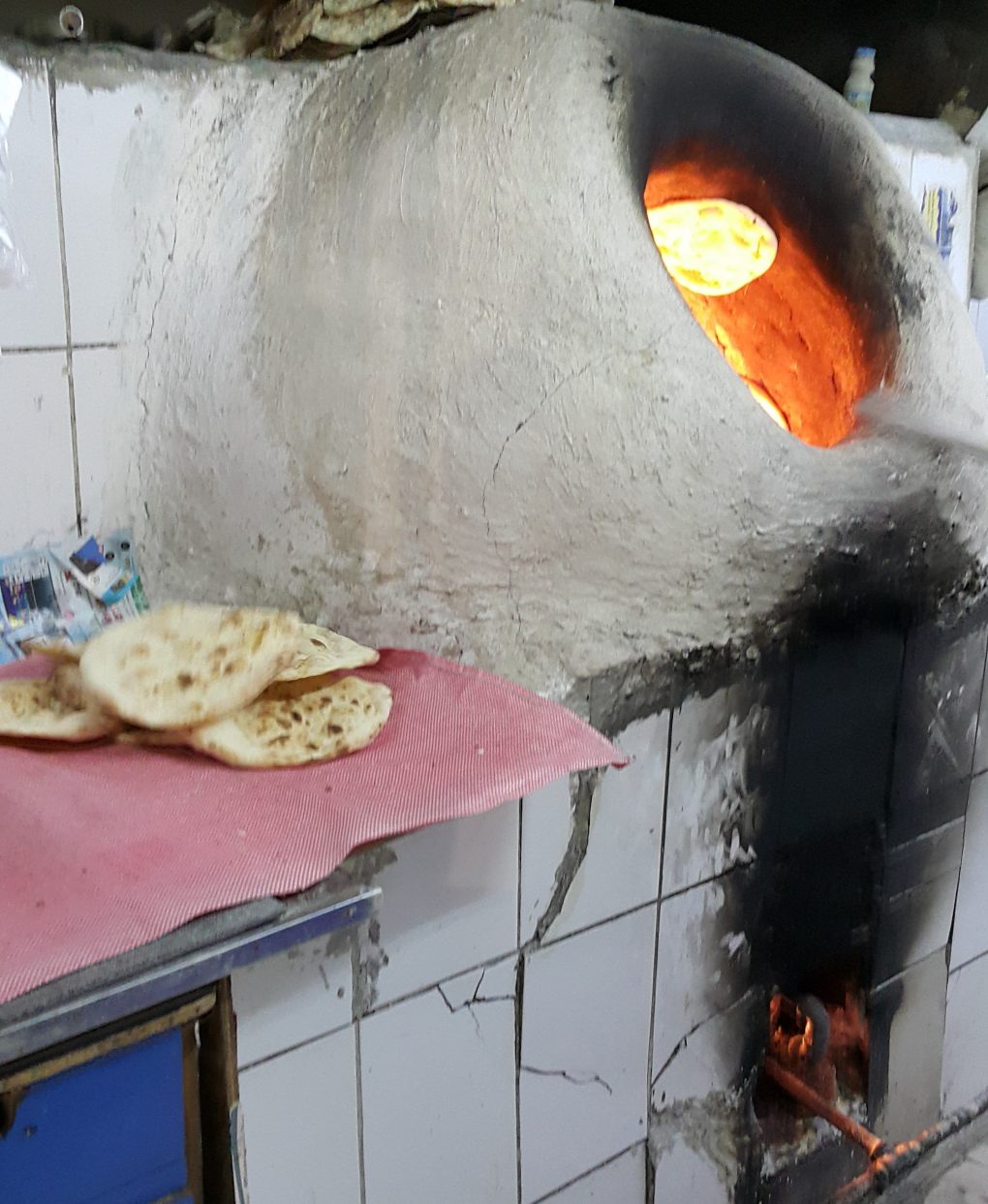 On Saturday, when we came up to the window to buy bread, Keith asked for “ten breads.” A friendly man waiting for his order at the window asked, “Do you want bread? The cold store across the street has bread,”as he formed his hands into a loaf. “Here they sell roti.” Then we had an interesting conversation about all the different names and subtle differences for what we often just refer to as bread.

After three years of conversations like the one above, and experiences with many different delicious breads from a variety of countries, we are starting to understand the differences and similarities between the names. Here are some pictures in a Google image search to see these various kinds of bread: kuboos, the swirly, flaky and buttery Kerala parotha, naan, roti, chappati, appam, papadum, and so much more! 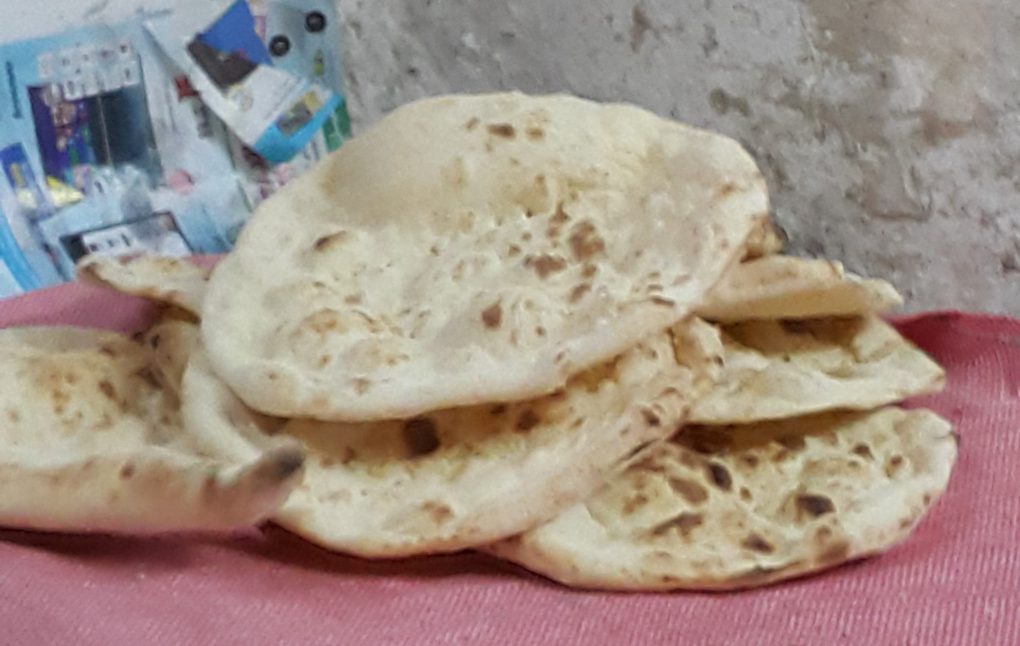 Bread hot out of the oven 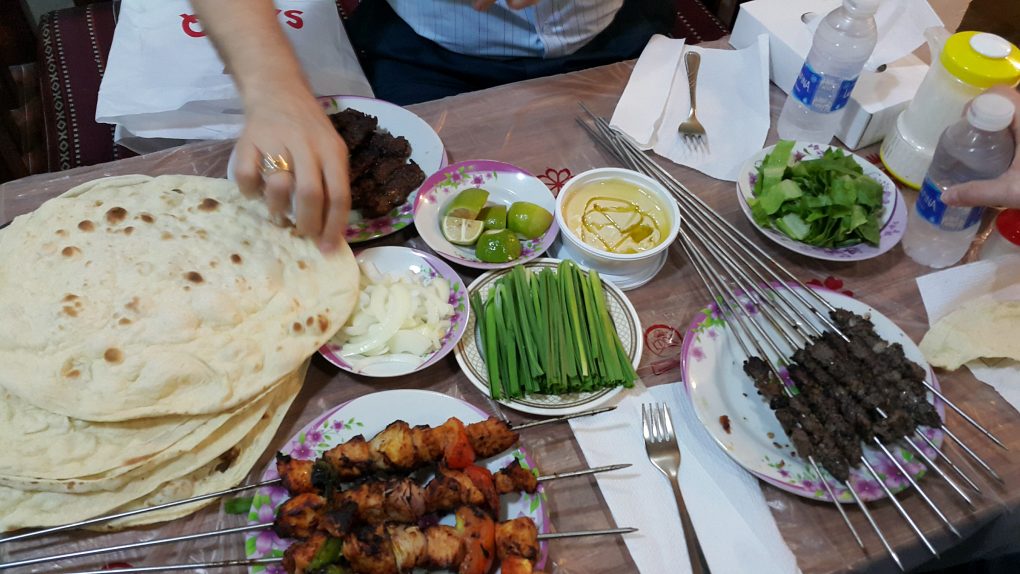 These large pieces of roti are also used as the plate for your food in this traditional restaurant–Haji’s Cafe. 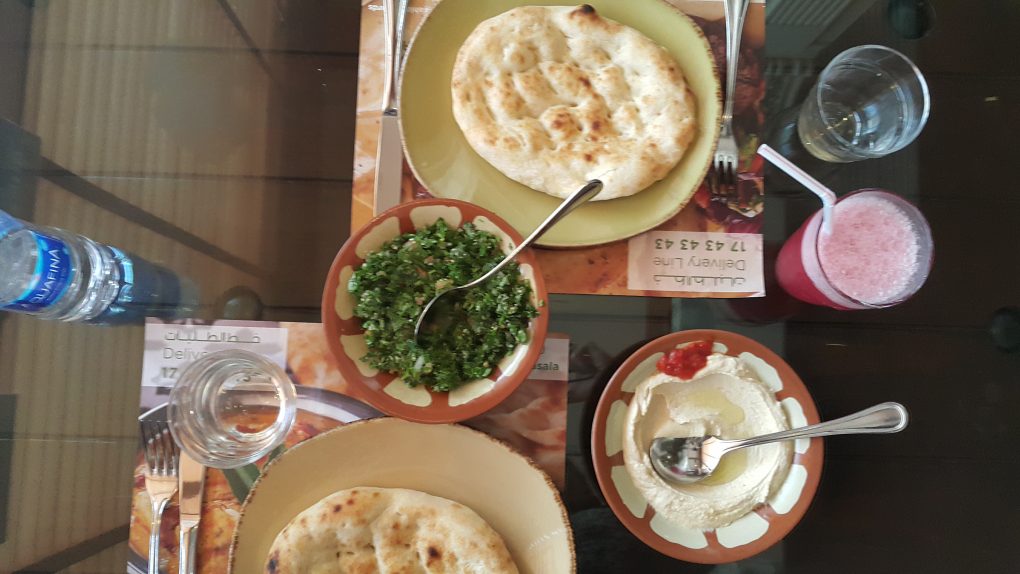 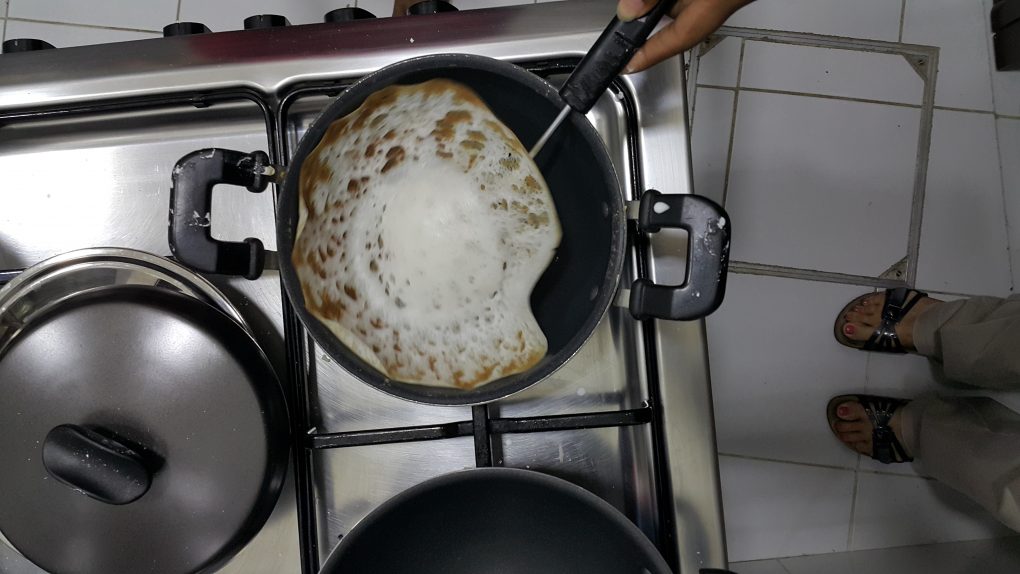 Bon Appétit “The Etymology of the Word: ‘Bread'”

Bread, Bread, Bread by Ann Morris. It’s just a simple children’s book of photographs of people all over the world with their own versions of bread.