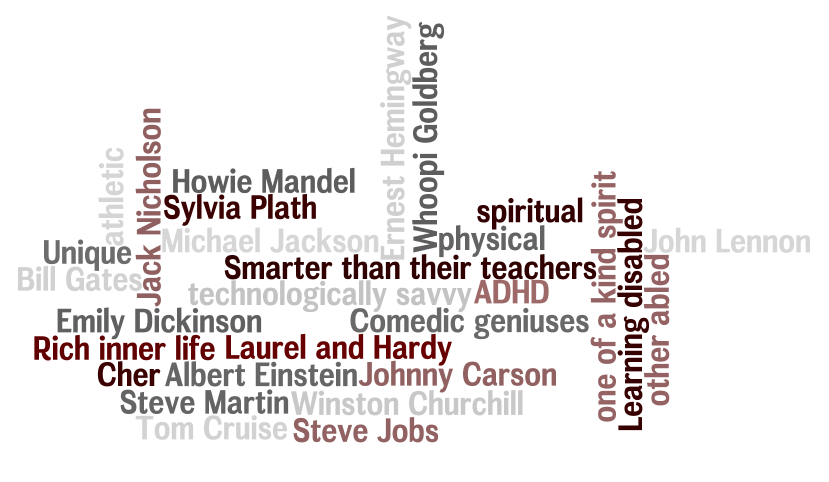 I’ve been teaching long enough to have experienced the joy of former second graders becoming productive members of society–some married, some parents. There is an engineer, actor, comedienne, teacher, stay-at-home mom, pastor, nurse, graduate student, and professor. Of course, I haven’t kept track of all the students I’ve known deeply, but enough of them live around here or have occasion to visit that I’ve reconnected with many. It’s always a great joy.

When they were in second grade, though, some of them caused me frustration. Maybe you can relate? For instance, what kind of second grader would Will Ferrell be? Think Elf. We’ve all had a student or two like Will who could make a name for himself on SNL someday, haven’t we? Another example–imagine how frustrated the teacher was who called Albert Einstein addled, causing his mother to pull him out of school and teach him at home. We too have students in our classrooms who are more intelligent than us.

When I consider the students who have frustrated me over the years–the ones who got my goat after a long day–I think of the clowning, the spacey, the proud, the hyperactive, the oddball.

I’ve grown as a teacher, and fortunately, over the years I’ve become less frustrated with students. Now, don’t get me wrong! I do get frustrated still, for now I teach junior highers. I don’t always understand their special adolescent brand of genius! Maybe I’ve learned, though, to not look too soon for the adult they are going to become. Besides the normal school smarts, I try to look at genius in my students in its myriad forms–comedic ability, technological savvy, a deep inner life, high intelligence, physicality, construction skills, spirituality, athleticism, and a one-of-a-kind spirit.

What kind of second graders and junior highers do you suppose these folks would have been?

What geniuses are you nurturing in your classroom right now?