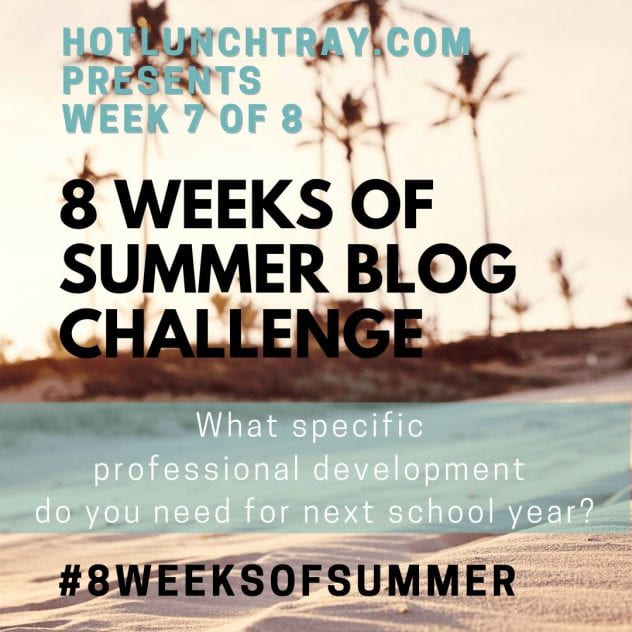 This post is week 7 of 8 in the #8WeeksofSummer Blog Challenge for educators.

I think participating in this #8WeeksofSummer blog challenge over the years shows me how quickly the weeks peel off the calendar. I can’t believe it is already Week 7! Thank you, Penny, for hosting us again this year.

My situation is evolving. I know I will need more professional development as I continue working literacy to English language learners. I don’t know what I will be doing exactly when I move back to the U.S. in January, but I will keep my eyes and ears open for opportunities.

This post is week 1 of 8 in the 8 Weeks of Summer Blog Challenge for educators. 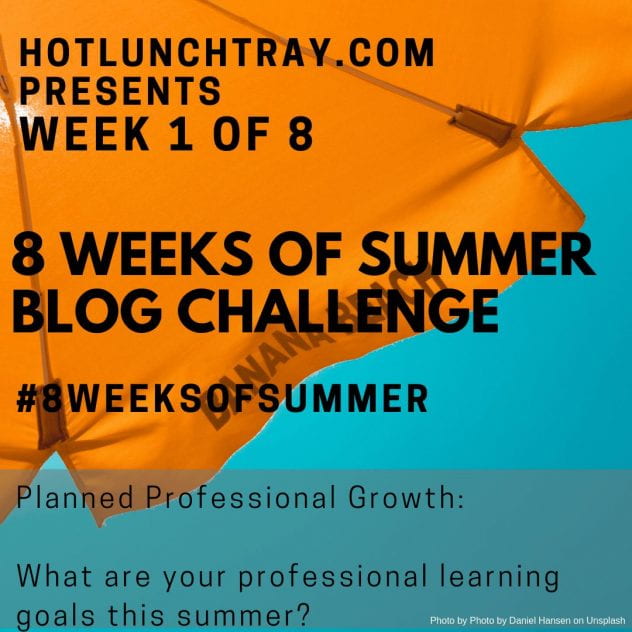 I have too much planned for this summer so I didn’t think I also had time to join Penny’s #8WeeksofSummer blogging challenge. However, I am going to give it a try.

My plans for this summer:

My professional learning will be happening in two countries and in 3 U.S. states. I have my laptop, my Kindle, and my phone ready for action.

I’m already a week late, so I’ll leave it at this.

Today I went to a workshop on teaching English language learners. We practiced some useful activities to help students plan and pre-write during writers’ workshop.

We first considered different experiences we have had that fit into each of the emotions listed on our chart–happiness, sadness, anger, surprise, hurt and embarrassed.

We had to choose one we wanted to write about. Note to self: Make sure you tell the students this will be a “public” writing experience when they are choosing their topic. First, I had chosen my sadness story, when as a child I eavesdropped with my sister on a conversation about my dad’s death.  I changed my idea when I realized we would be playing Musical Share your Stories.

First, we walked around during the music, and when the music stopped, we found a partner and told them quickly the beginning, middle and end of our story. The music started again and we walked. Stop. New partner. Repeat. Up to five times.

There was potential each time to help the storyteller improve their story. The teacher could give directions to the storyteller (“Now, add a new adjective to this retelling,” “Add a simile” or any other thing the class is learning) or to the listener (“Ask a clarifying question after you hear the story.”)

Anyway, after doing the above activity, acting out the story and drawing and labeling the beginning, middle, and end, we were ready to write.

I must admit I had much more to add to the writing when I finally got around to putting pen to paper.

Here is my story of why I’m too old to play football.

One of the highlights of the elementary sports day is the student-teacher football game. The 5A boys and the 5B girls were the champions in the elementary tournament that had taken place earlier in the day, and they got to be on the student team. Any teachers were invited to join the teacher team and, of course, I did.

In the whole of this short game, I had exactly two opportunities to get at the ball. The first time the ball came at me, I didn’t even see it. It found me, though. It made a direct hit on the pouch I had over my shoulder (with my phone and money inside). The ball broke the strap and sent my bag flying like a jet at takeoff. It also sent the football in a nice pass to my teammate. After the other teachers praised my great play, I scrambled off to reclaim my bag.

A little while later, I got a chance to get the ball again. It was coming at me, slowly. I ran to it and gave it a kick. As I did, I fell. I felt a little like Charlie Brown when he falls every time Lucy pulls the ball away from him. In my situation, though, I did manage to kick it, but down I went. I hit my behind, and continued backwards, the back of my head bouncing twice on the hard ground behind me.

I stood up shaken and wondering if I was hurt. I figured my pride was hurt more than my head, but they took the “When in doubt, sit them out” approach. I was happy to leave the game actually, and spent the rest of the time taking pictures of my teammates and students finishing the game.

I was thankful for no permanent damage to either my phone or my head.

Will I play next year? Of course, I will. I’ll forget by then that I’m too old to play football.