I had a memory today of when I first moved to Bahrain. I had only been driving for a month or two, and I took a solo trip to the mall, where I was to meet some teachers for lunch. I was told the restaurant, Yellow Chile, was on the first floor. I wandered around the mall for 15-20 minutes or so looking for the restaurant. I was early, so I didn’t have to be in a hurry. I was just enjoying the mall, assuming I’d get to it eventually.

Finally, I realized I needed to find it since I began worrying that maybe I went to the wrong mall. I asked someone, and she told me, “It’s on the first floor by the cinema.”

From the confused look on my face, she may have realized I was speaking American English. She pointed UP the escalator.

When I got to the restaurant, I asked my friends about it, “I thought you said the Yellow Chile was on the first floor!”

I just thought that was weird to be sitting on the second floor and have them calling it the first floor. I don’t know that I said that, though. There were lots of cultural differences back then that kept my thinking off-kilter, and I usually didn’t ask as many questions as I really had.

Fast forward three years, and today I was walking in the hall in my building. I use the stairs and elevators all the time, and I know which floor I’m on at any given time.

I live on the fifth floor, but it literally is the sixth level. When I stop to think that my building is a six-story building, like I did today, I’m reminded that is unusual. For the most part, however, I don’t think about it anymore, it’s just become what I’m used to now.

I wonder if when I go back home someday, I will think the way floors are named in the U.S. is weird and have to get used to that again. 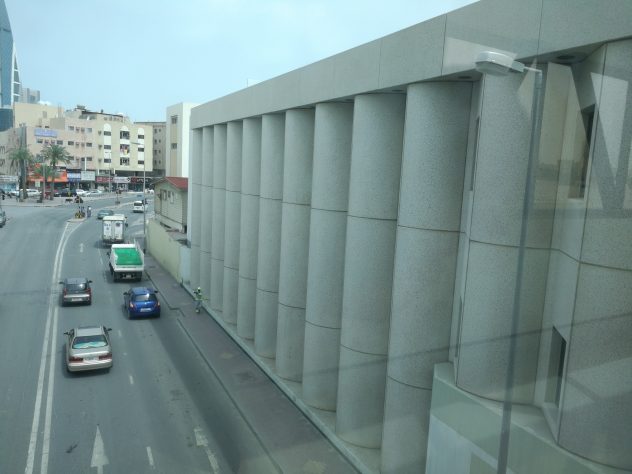 I’m walking across the second floor bridge, but in the U.S., wouldn’t that top floor be called the third floor?