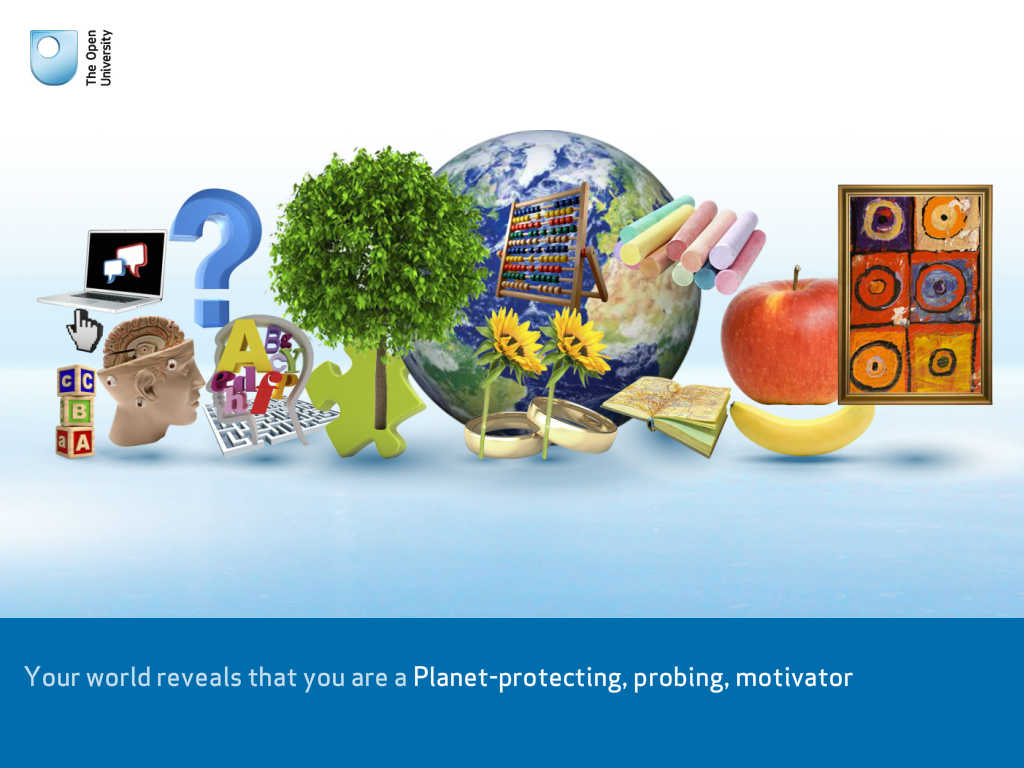 I created a picture of my world today on The Open University Create Your World.

Roughly from left to right, here’s what my picture represents:

Am I a Planet-protecting, probing motivator? I’d like to think so! 🙂

Read all about the picture of her world and her middle school lesson plan on her class blog post called: “#teach2blog About Me World Ms Edwards“

What a fun question I received in a tweet today:

@mrsdkrebs @gallit_z @sr_tutor If you had $3000 to buy tech equipment for your genius hour program, what would you buy? #geniushour

“If you had $3000 to buy tech equipment for your genius hour program, what would you buy?” Thanks, Rhonda!

I just had to write a blog post to answer that question. To tell you the truth, I’m not sure this list is exhaustive or that I won’t think of something additional tomorrow, but for now a couple things immediately come to mind.

First, I hope you already have access to great Internet connectedness and laptops for your students. If not, I’d start there with extra bandwidth and a small set of laptops or Chromebooks or iPads.

If I had enough computers for at least part time access for students, then I would get:

How about you? What would you do with $3000 to buy tech equipment for your genius hour program?

I’m glad Kirsten asked these questions: Where do you think failure fits in an educational context? Do you use it with your students?  Those are great questions, Kirsten.

Even today, failure is fitting into my educational context. Watching Susan’s vlog post inspired me to try to make my vlog post, even though this week has not been conducive to working on my own stuff.

In addition, since my last vlog post, I’ve gotten a new computer without iMovie, which has been my video-editor of choice for seven years now. This evening, already a day late, I considered using the video camera on my computer, which I could have made a quick video (like I did once on PhotoBooth), but I’m in my pjs. Also, I had some images I wanted to add. I tried WeVideo, but I got frustrated because I don’t have enough time to figure out the new program right now.  So, hmmm…I’m going to call it a fail and write a blog post.

I actually don’t like the word failure for what I just did. I can fail to post a vlog this week, but I’m not a failure. Thanks, Susan, for pointing out the difference.

Perhaps I just found another way to get my post about failure out, even if it is late and in print.

Erin liked the word resilience – “the human capacity to face/overcome and ultimately be strengthened by life’s adversity and challenges.”  To me, I’ve been thinking about that word all week. I like the word, but I haven’t really used it with my students. After thinking about it, I decided that’s a word I would use for overcoming outside forces – life’s adversity and challenges coming at a person.

However, when I think of many of the kinds of failure at school that we can help students overcome, I think of the internal forces within us. When we try something and it doesn’t work, like using a new video editor, we can quit or we can keep going.  If we can’t keep trying, if we can’t continue on, or find another way to solve a problem, then we don’t have perseverance, persistence or grit. Those are the words I have been using this year to describe the kind of learning that must happen when the going gets tough. Like in the video Brendan shared with us of Audri’s Rube Goldberg machine. That little guy persevered, persisted, and had GRIT. I think of those words to describe  Audri. Even though he used the word failure to describe when his machine didn’t work, and there were plenty of times when it didn’t, he and his machine were anything but failures.

I just checked out this book at the library: How Children Succeed: Grit, Curiosity, and the Hidden Power of Character by Paul Tough.

According to Amazon, the author shows that “the qualities that matter most have less to do with IQ and more to do with character: skills like grit, curiosity, conscientiousness, and optimism.” I can’t say much about it yet, but I’ll be reading it this week.

Sheri used this image from me. I don’t know who originally said this, but I like it. A fail is just a first attempt at learning. That’s all. However, I think if it’s the first and only attempt, then perhaps that’s a real fail.  For instance, if I never edit another video because I no longer have iMovie, that would be a fail.

Then, as Sheri does so beautifully, she makes FAILURE into a beautiful thing with this extension of the thought.

Connotations of Fail and Failure

Okay, Sheri did a great job with that idea of Failure, and I like it. In fact, I will be using it when the need comes up to remind a student what failure means. However,  after thinking a lot this week about the topic, I realize I don’t really want to use the words fail or failure in an educational context. They have too much baggage with them.

For instance, it reminds me of all the young crazy kids who are so proud to share their #epicfail pictures with the whole world. Think of Ben’s video for more!

It also reminded me of my least favorite thing about teaching — grading. Karen did a beautiful vlog post about how much failure in school can affect someone.

I picked up this book at the library the other day:  A Day No Pigs Would Die by Robert Newton Peck. 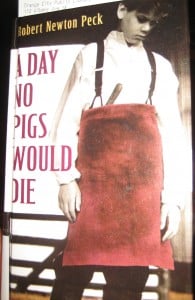 I thought I might read it again because I wanted to remember why it had a powerful effect on me when I was young. I opened it first thing to this page, and in light of our discussion on failure, I just had to check it out. 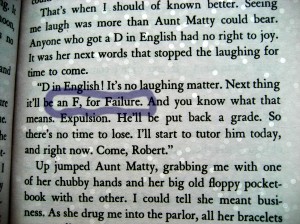 I agree with what so many of you said this week. What we learn through failure is of utmost importance. Resilient people are successful. I’m not sure failure will ever have any positive connotation attached to it. However, the other words we’ve been discussing in our common glossary this week do — resiliency, persistence, perseverance, grit.

Now, will I have resiliency after my failure to get a vlog post done this week? Will I persist, persevere, and have grit to learn how to vlog again? You’ll have to tune in next time to see. It constantly remains a source of disappointment to me that my drawings are not yet what I want them to be. The difficulties are indeed numerous and great, and cannot be overcome at once. To make progress is a kind of miner’s work; it doesn’t advance as quickly as one would like, and as others also expect, but as one stands before such a task, the basic necessities are patience and faithfulness. In fact, I do not think much about the difficulties, because if one thought of them too much one would get stunned or disturbed.

Mr. Vincent Van Gogh, one of the world’s most famous artists, wrote these words in a letter to his brother.

He speaks of perseverance, grit and stick-to-it-iveness — qualities that I hope and believe my students and I learn during genius hour.