How is literacy critical to the advancement of society today?

I’m going to assume we all believe literacy is critical to the advancement of society. Literacy is so multifaceted, though, I wonder what are all those facets of literacy needed to advance society?

Here are just a few random thoughts on this, a busy day in the middle of #AprilBlogADay! 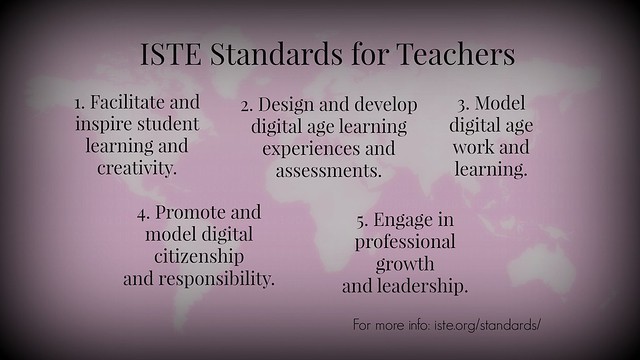 14 April is Leaders for Literacy Day.

Artwork is one of the things I miss from my days of teaching primary grade students. Junior highers can do intricate and beautiful artwork, but there is something sweet and innocent about first grade art. Look at the care this little one went through to write this message on my placemat at the reading council banquet.

I’m looking forward to taking her advice this summer! 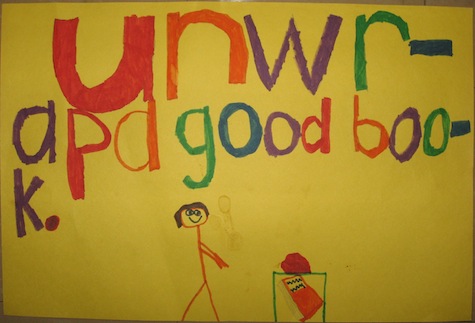 Over the past few months I have delighted in meeting so many excellent educators through their tweets and blogs. So many people contributing their genius out in the digital world! A few are amazing writers, but many of us are not. But you know what? I’ve found it doesn’t matter!

Your contribution is not a polished five-paragraph essay or creative writing assignment. Your job when you join the digital conversation, should you choose to accept it, is to create, contribute, connect, collaborate and curate.

All those things can be done without Pulitzer prize-winning prose! Let me tell you about an example that happened in my class recently. Nicole, along with Leah and Kim, created a silly video as they tried out a new tool called Animoto. She wrote a quick paragraph explaining a contest related to the video.  (And they painstakingly checked it for proper English conventions, I might add.) Here is her blog post.

Next,  she sent it out to the world using Twitter and the hashtag #comments4kids. Fourteen seventh graders, Mrs. Sigler’s first graders, and a sophomore Spanish class accepted her challenge to write a story about the video she created. You can read the stories here. Look at the number of lives Nicole touched. Look at the people who practiced literacy as a result of Nicole’s 21st century contributions.

Finally, we created a digital prize on Xtranormal. You can watch it here and at the beginning of this post.

Was Nicole’s greatest contribution her writing? No. She wrote, but she also did much more. Look at all the things she accomplished…

I am so proud of her and my other student bloggers. They are becoming 21st century learners and using technology to create, contribute, connect, collaborate, and curate.

Is there a benefit in doing those things online, as opposed to doing them in the regular classroom? Yes, there are many reasons that I am just learning about. One thing I have become convinced about is the fact that we have the chance to be accepted in a new way. The bullies and the bullied, the straight-As and the strugglers, the cool and the nerdy, the introverted and extroverted, the acne-ed and the brace-faced, the too thin and the too round. It doesn’t matter what we look like or how we are perceived on our campuses. Online we can all be on a level playing field. We can all make valuable contributions. Even the weakest writers can do the work of the 21st century when they share their own genius.

By mrsdkrebs | View this Toon at ToonDoo | Create your own Toon

Don’t get me wrong. I know we need great literacy skills; we should not be lazy about literacy development in ourselves or our students. More than ever, in this digital age, we need to be strategic readers and effective writers. (At the least, everyone can proofread their own writing or ask a friend or teacher to help.) However, I believe blogging, joining the conversation, 21st century teaching and learning–whatever you want to call it–is about doing those five C’s: Create! Contribute! Connect! Collaborate! Curate!

Will you please leave a comment telling how you were inspired to join the conversation?