It is not often that I feel overwhelmed, but today I did. It’s now almost midnight in Bahrain, and I have been working at three computers all day long trying to edit songs for a virtual choir for the Good Friday online service.

Here are the three computers–note that they are all waiting for something! (That’s been most of my day!) 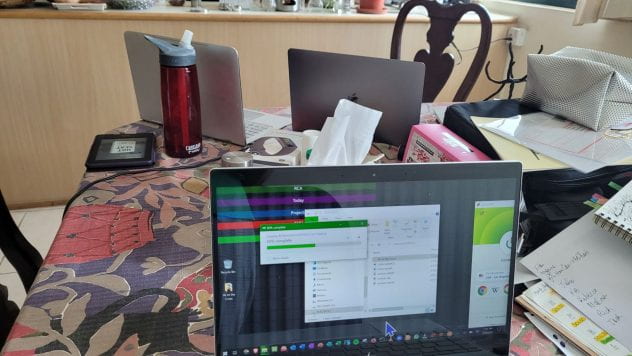 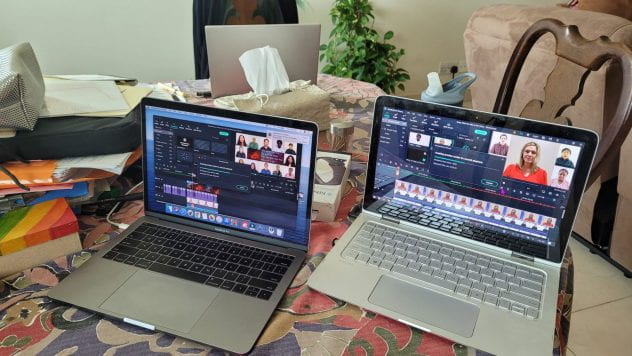 When all three computers were rendering, transferring, or uploading gigantic files, I would go to the kitchen and make applesauce or a pot of soup. When I got really frustrated, I walked away and read. I’m still reading Suleika Jaouad’s memoir: 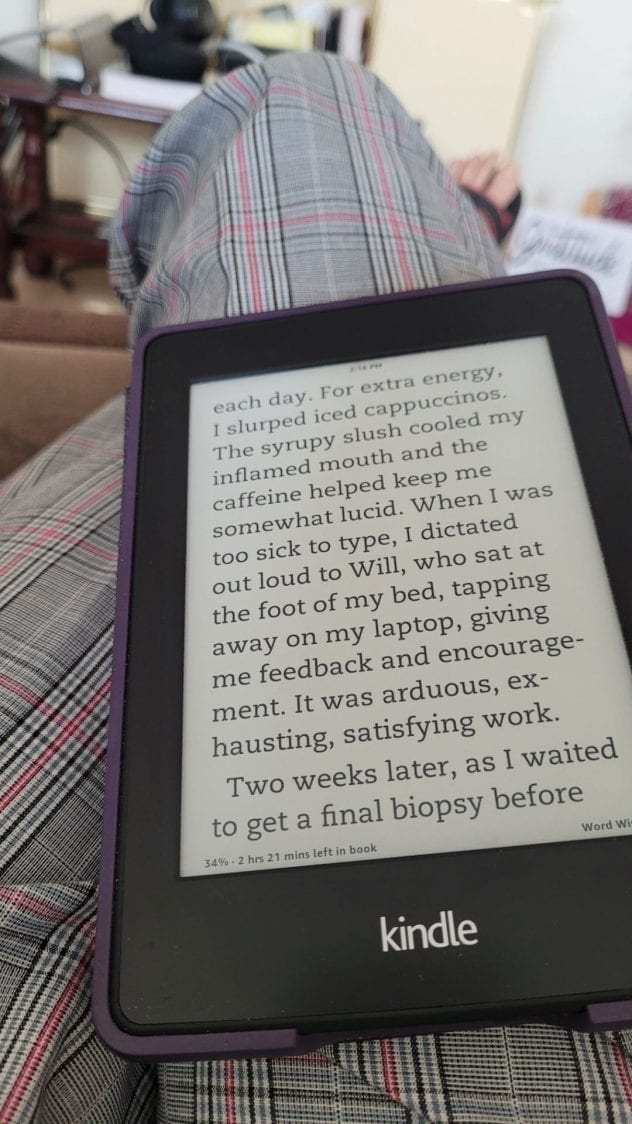 So, as you can see I did not only sit and edit songs in baby steps all day long. The little editing I was able to do came with dozens of hourglasses (on the Windows machines) and spinning rainbows from hell (on the Macbook). Sometimes the hourglass would finish it’s buffering, and sometimes it would close the editing program. Sometimes the rainbow from hell would finish and let me work on the video for a few edits before it got gunked up with the big files, and sometimes it would just shut down.

When it got overwhelming, I walked away to do something for me or something productive. It was either that or throw one of these darn laptops through the wall.

Today, I made a decision though, one I should have made months ago. I will say no to any future editing requests that include big video files. These laptops and Wondershare are not cut out for what I’ve been asking of them. Surely someone else can do this work more reasonably than I! Any successful videos from me come only with hours of patience, ridiculous rendering, TLC, and prayer.