On Friday, Terje wrote about her dream of puffins and a conversation she had with her brain during the night. She wrote about it here on “Midnight Slice.” Terje had been inspired by Erika Victor and her post “In the Middle of the Night.”

Also on Friday, Kim Johnson wrote about her dream where she adopted a lioness. It includes an It’s a Small World-type ride. Read about it here at “Save the Lions!”

Since I read these three nighttime slices yesterday, I find myself again inspired by this community for my next post today. I guess I was inspired for my sleep, as well, because I had one of those nights, a three-pee night as Erika called it.

Then at 4:37 a.m. I was lying awake already when the Fajar call to prayer began, which is shorter than the afternoon prayer calls, which I captured a portion of today around noon.

I usually sleep through it, since my Christian prayer life is much less devout than my Muslim brothers’ and sisters’.

A few minutes later I heard part 2 of the morning call from one of the mosques–perhaps it’s a repeat of something like “hurry to the prayer” or “prayer is better than sleep.” Maybe a sleepyhead, thrown in too (but I doubt that last one). I’m not sure because, of course, it is all in Arabic.

Anyway, if I’m awake with the call to prayer, there is about a 50/50 chance I’ll go back to sleep. Today my lists won the day, and I started the day early.

I keep a pad of paper and a pencil on my nightstand. After the call to prayer and the fact that I had been lying awake quite a while, I wrote a few more things on the second page of my pad of paper. It’s dark as mud in my room because we have black poster board in the windows, so I have to remember where on the paper I’ve written throughout the night. Sometimes folds in the paper help me with placement.

When I started writing “important” things like iron and clean, I tried to have a conversation with my brain, like Terje did yesterday.

Me: OK, time for sleeping another hour or two.

Brain: You should write “Clean the refrigerator.”

Me: Are you kidding? If I don’t do that job for the rest of my life, all will be well. Let me go to sleep.

Brain: OK. Here is one for your list. You need to change your blog settings so Glenda doesn’t have to stay in moderation jail every day.

Brain: But maybe you will need to try another theme.

Brain: But what about that student who has missed two sociology classes? You need to email him right?

Me: Yes, I was supposed to do that.

Today I needed a day to not work on videos or other school-related issues. Of course, I peeked at my email. If there had been an important/urgent one from a parent, I would have responded. However, I didn’t get any emails from parents or staff members. Hopefully they are all at home resting today too. They need it.

Here are some things I like to do for rest:

That last one is so I can start working again tomorrow!

I still need practice at this resting thing. 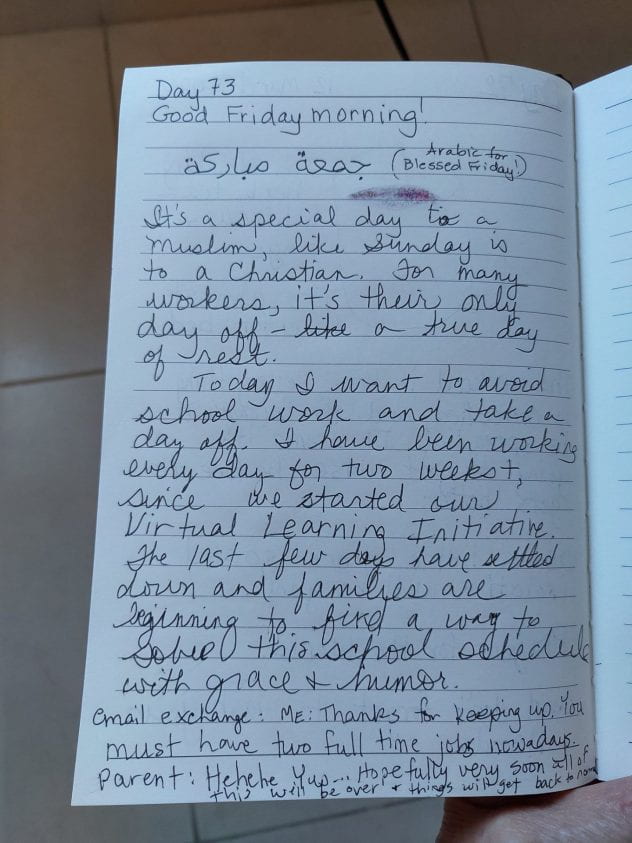