We have a pair of doves that we often see in our yard. This morning I noticed they were building a nest under the porch of our work shed. 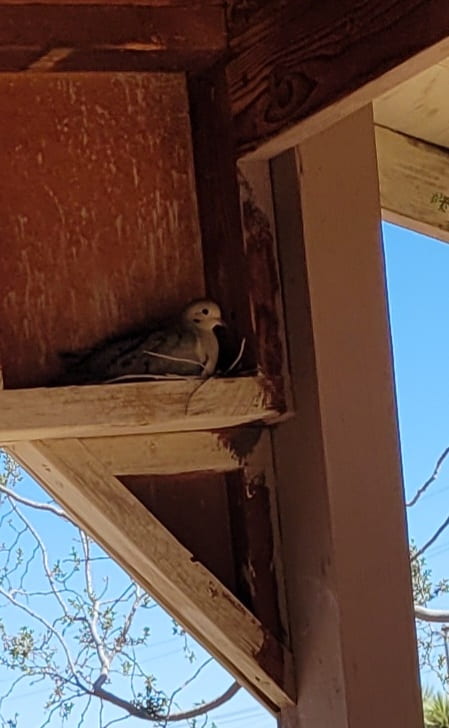 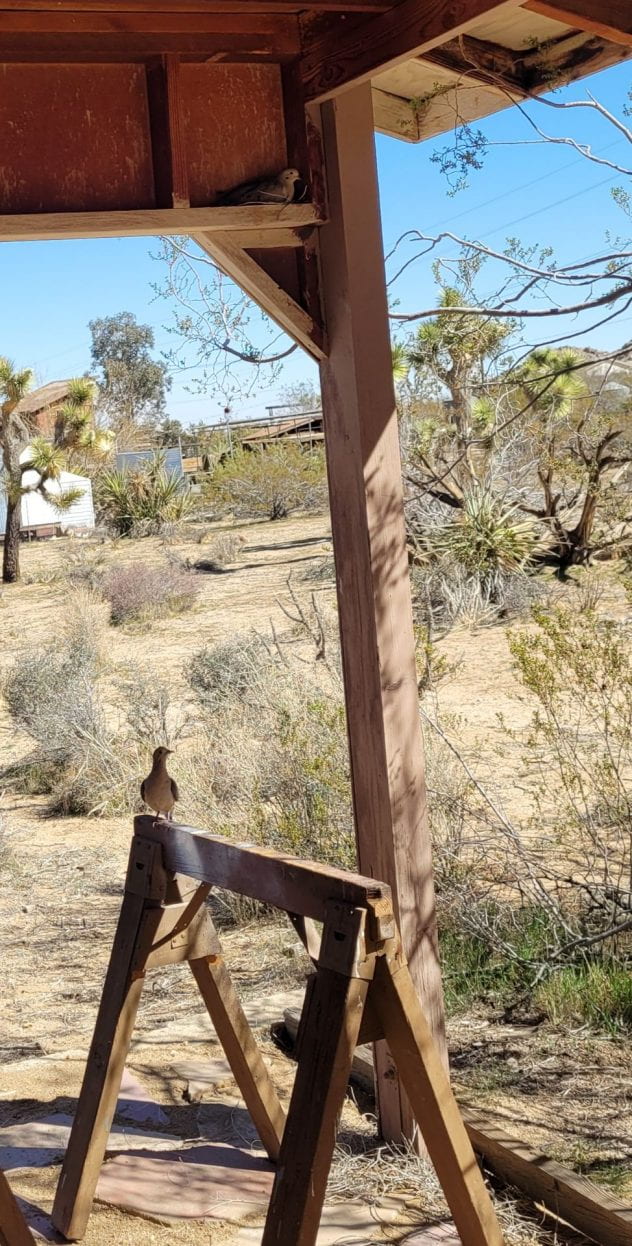 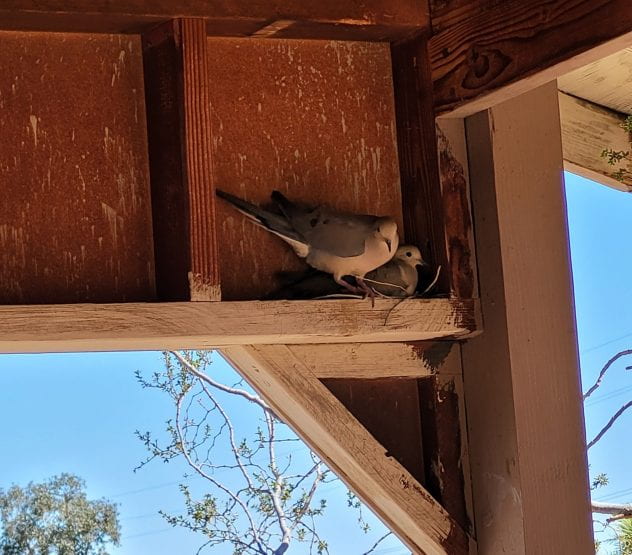 Later in the day, I went back to see how they were progressing. Sadly, they were nowhere to be found. 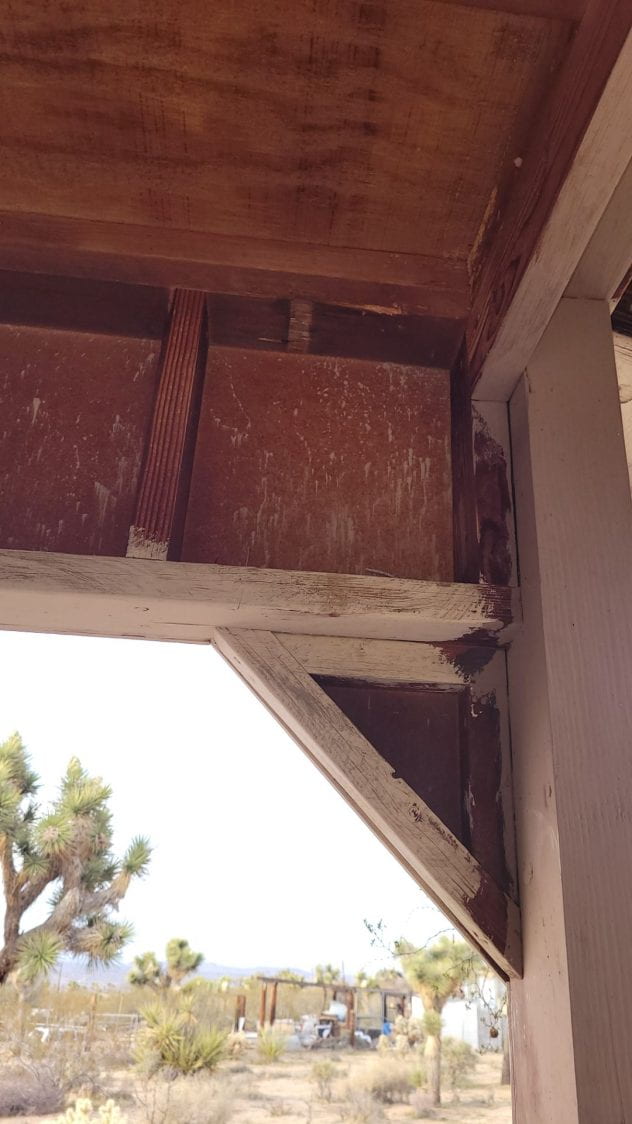 And the remnants of their nesting attempt were on the ground under the spot. 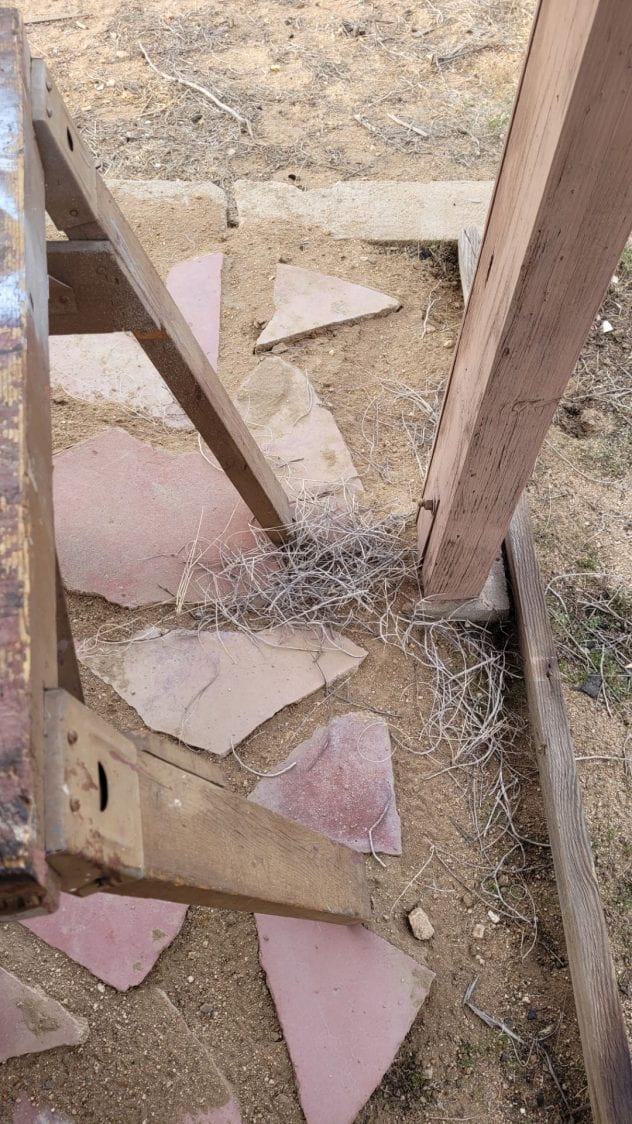 I took the chance and did something I wished I could have done this morning as I watched them struggle. I added another wall for their home. I hope I didn’t add too much human scent. Maybe they can try again tomorrow. 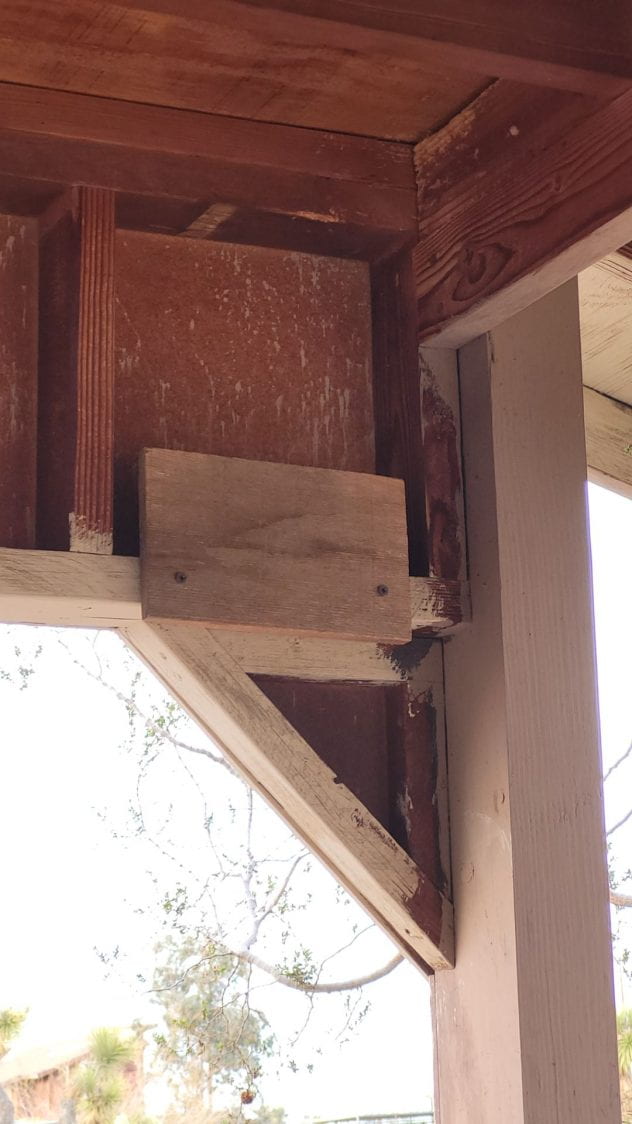 In other news today, we are prepping our house for painting the outside. It’s a big job. 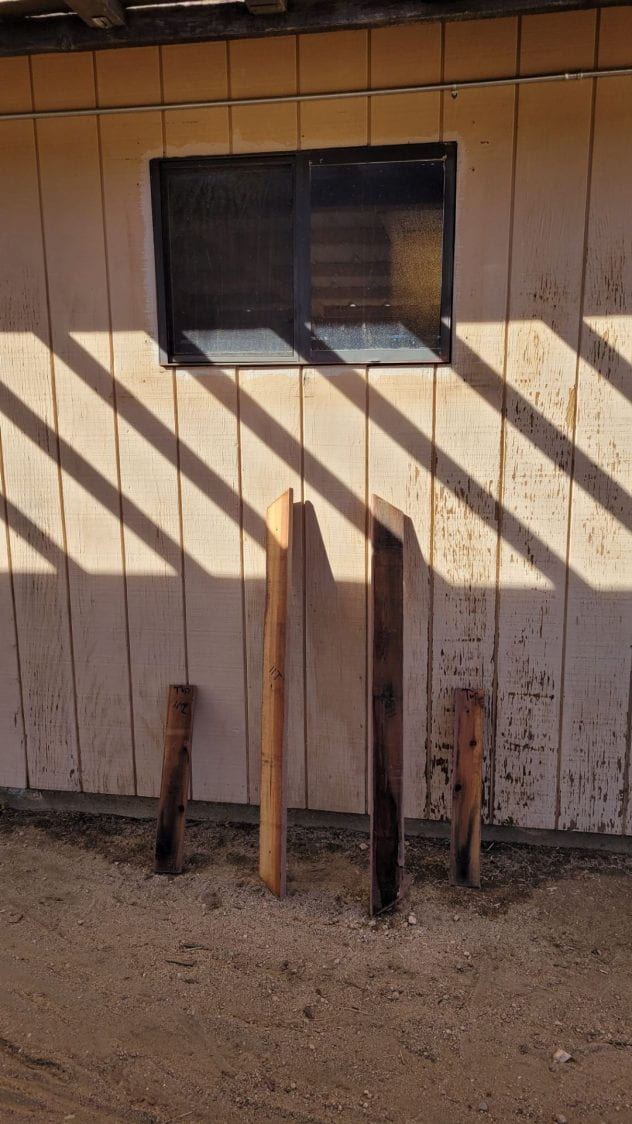 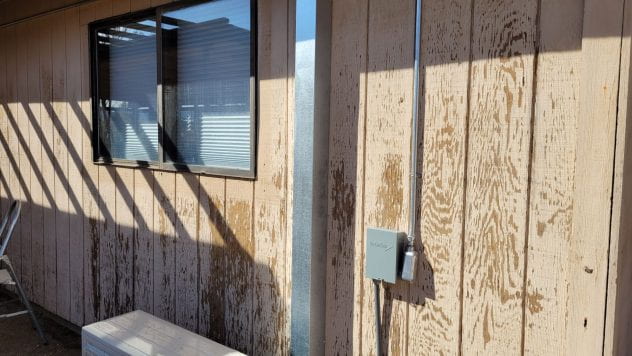 When I was a middle school student, my great aunt Thelma taught me to crochet. This was in the days when yarn didn’t come in easy-to-pull-out skeins. Back in the day, when I was visiting her, she would have me hold my two hands out about two feet apart. Then she would patiently roll the yarn into a ball.

Fast forward fifty years, and I did it again this morning. Only this time, my knees were the helper. 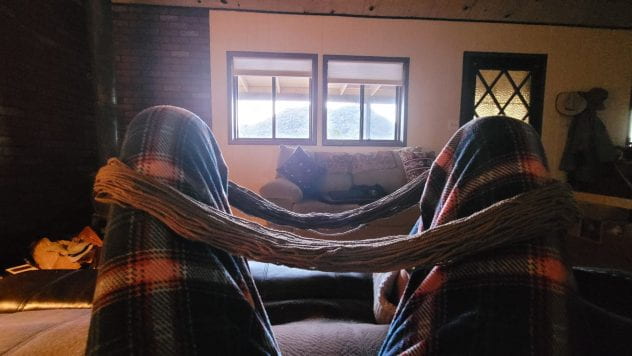 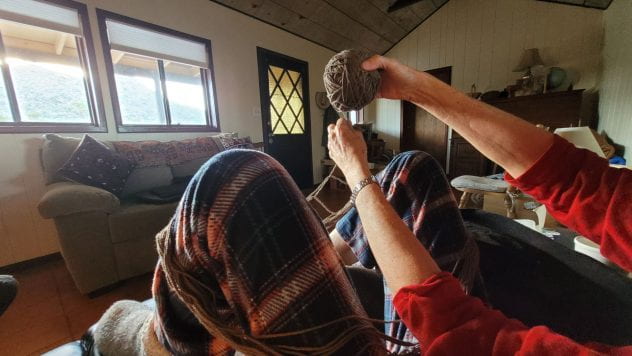 Today the sky’s blue
and the Joshua trees are
blooming. For how long?

My dear friend, maid of honor in my wedding, and first roommate sent these lovely memories today, with a note card reminding me of what each was from. The letter is one written to me 42 years ago, but had not been sent. Until today.

Forty some years ago we
met. You helped me find myself,
And I was never the same.
This reminded me.

After a busy day, I am just getting home. The evening was spent at a friend’s, with a lovely and leisurely dinner with really special people.

Yesterday I read a few rambling autobiographies by Sherri, Peter, Elisabeth, and Angela. Angela shared the mentor text by Linda Rief and the link to her Quickwrite book, where you can download a sample of some of her very accessible prompts. Thanks for all the inspiration, and to those who have been inspiring me to get up and write in the morning, thank you, too. This is my first morning slice in a while.

I took Linda’s autobiography and made a list of her sentence starters. It was nice to have a structure, but I veered off as necessary. I used the prompts like a Rorschach ink blot–I wrote whatever thought came first. I’m putting her openers here in case anyone wants to copy them.

Here is my rambling autobiography for today.

I was born the same year as the microchip. People were hula hooping, singing “Catch a Falling Star,” and dancing the Cha-cha when I debuted. I was kissed by an angel and set into a family with enough girls already, thank you very much. I crave sourdough toast. I bought my first car for $250 and burned out the engine after two weeks. The new motor cost $250, but my uncle who sold me the car paid for it. I have stolen penny candy from the dime store. I never drank alcohol after I turned 21, only before. One of my first memories is sleeping in a crib in my parents’ room and watching my dad get ready for work in the dark. When I was ten, I cut two half circles in my leg trying to use aluminum lawn chairs for crutches. My favorite place to sit is on the Lazy Boy love seat with my husband of almost 40 years. I can still taste the popovers dripping with butter and honey that my grandma made for us when I was young. Today I use her very same dishes to bake them myself, though they are never as good. I dated a few people only to confirm the choice of my husband. It took me seven years to say yes, and I’ve been saying yes ever since. I was seven years old when my father died, and I didn’t go to his funeral. I gave a kidney to a friend; it lasted twelve years, dying when he did. I am grateful Jesus saved me from my narrow and fearful self. I once came close to making all-stars in Bobby Sox softball. My husband just brought me oatmeal pancakes with banana strawberry topping. I am here to love and be loved. I want to live fully and die giving my all.

When we first moved into our place it had been six years since we bought it. We’ve been here at the most for two weeks at a time.

That cold January day when we arrived to live here full-time, we found mouse droppings in most of the nooks and crannies of the kitchen, laundry room, and master bedroom. Yikes! We cleaned like crazy, and then we began to set a live trap with peanut butter bait in a five-gallon bucket and caught them two by two. Finally, we began to believe we had gotten rid of them.

When my son-in-law and daughter put up a new ceiling fan in the bedroom, they had mouse poop rain down on them while removing and attaching the fan.

I heard horror stories of what the crawl space above the ceiling might be like–a mouse infested pandora’s box. I kept the trap door closed, and considered nailing it shut.  I also explored how much it would cost to have someone come in and remove the mouse excrement, dead mice, ruined insulation, and spray it with some disinfectant.

However, I had good news this week. When the heating and A/C people were here this week, they found another attic on the other side of the house. I went up into it. It had a plywood floor and absolutely no evidence of rodents. I began to get braver and wondered if the other crawl space might surprise me.

I suited up and ventured up there. 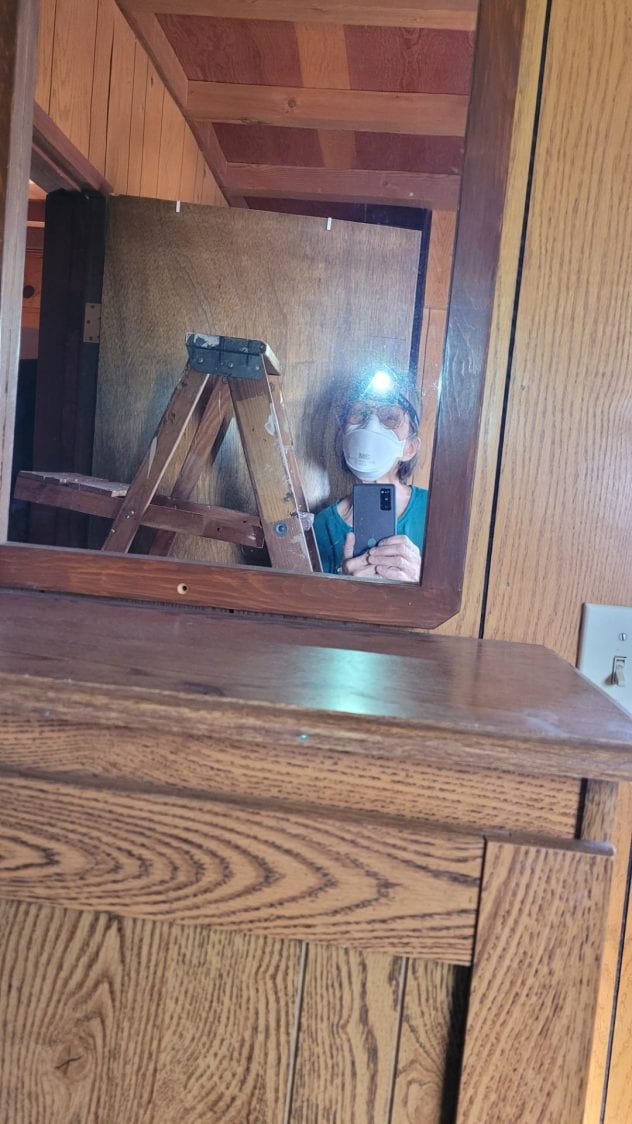 Oh, what a relief! There was plenty of mouse poop, but there were no mice and there was only one mouse skeleton. The floor was plywood. I vacuumed up all the dried little turds. I filled in a few cracks with caulk. I’ll go again and wire up the drooping insulation in a few places.

It was a job well-done, and I feel so much better knowing what is not above our heads. 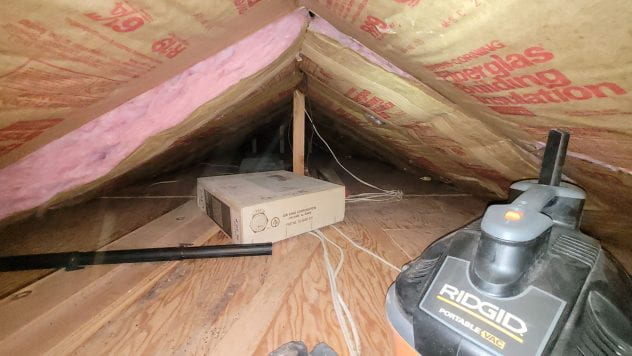 One of the few things that was in the attic is the motor below. The box had all the evidence of a little mouse house. It was so cozy with lots of soft padding that had been gathered and torn to little bits. I was happy to see the whole family had moved out! 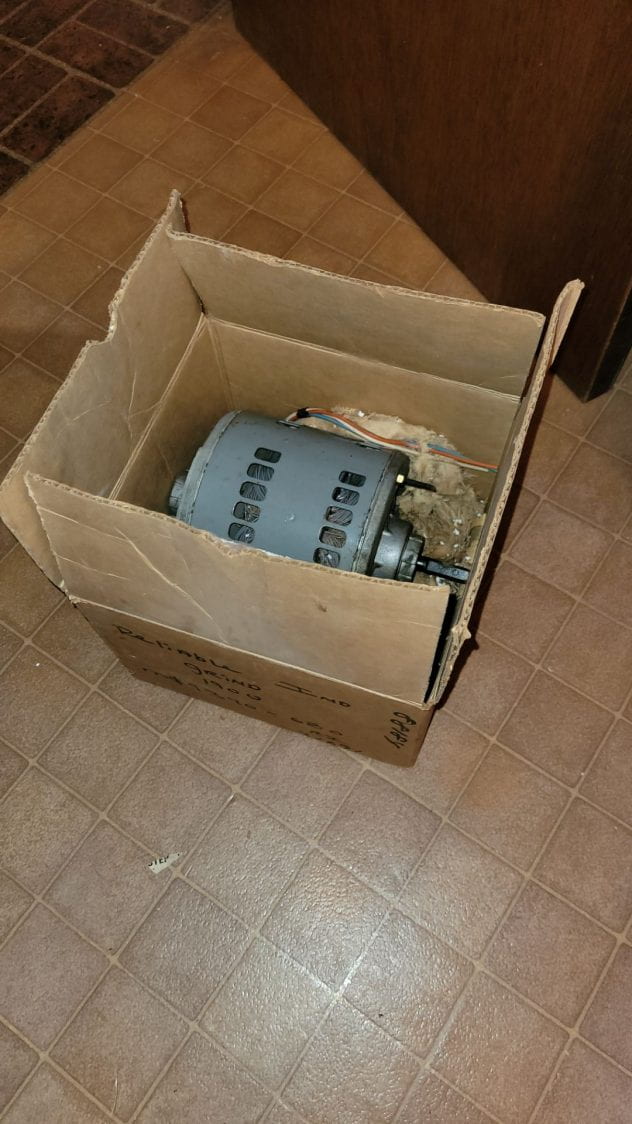 It was so fun participating in the first-ever Slicer meet-up this morning. I met new bloggers and old friends. Looking forward to visiting all their blogs now that I can connect more names to faces and their places.

Suleika Jaouad’s The Isolation Journals’ prompt today is by Joy Juliet Bullen. It is called “What We Leave Behind”

When I read the prompt, “Pick a physical item that someone has left behind…Examine the object for clues…and how it connects to your own life now.” I ventured a little off the prompt, but I had fun considering that little mouse home I found this week.

Today I thought I would try to take a photo each hour as Britt Decker did last year. Her post was used by Stacey Shubitz as an inspiration for us on yesterday’s SOL post.

It didn’t take long to realize today was not going to be a great day for taking a picture each hour, for I couldn’t set my book down. It is a cold and blustery day, and my living room is warm. Hour after hour I kept reading, and the timer or my husband would remind me to take a picture. Here’s my morning: 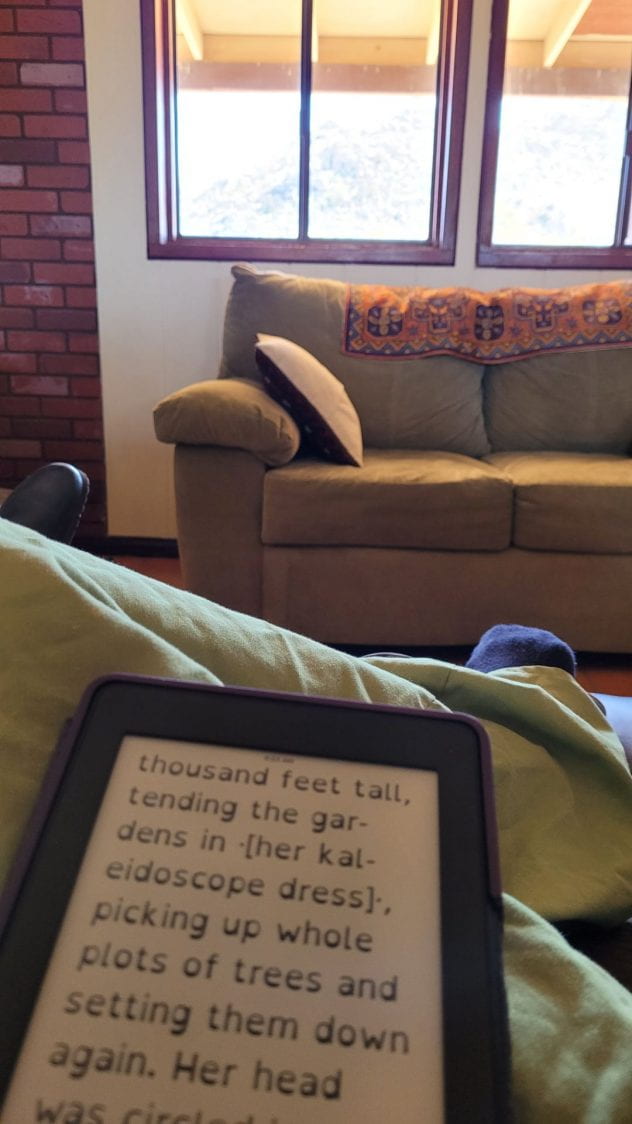 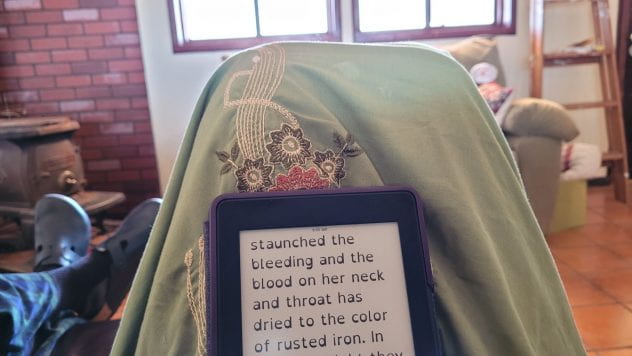 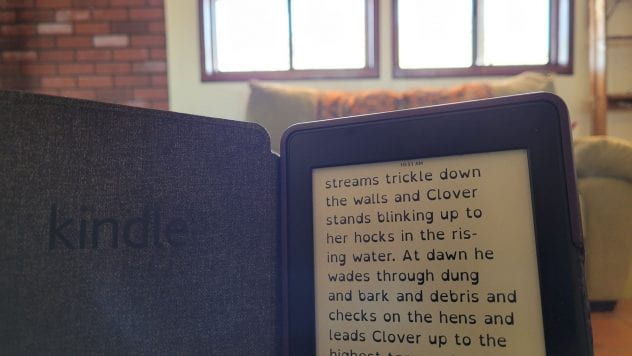 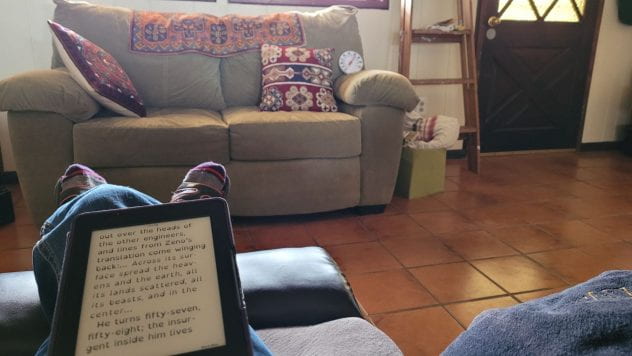 I actually did a little more than just finish my book. However, the only other photo I have is this one, where I was splitting my sourdough starter to give some away and getting vegetables ready to roast. 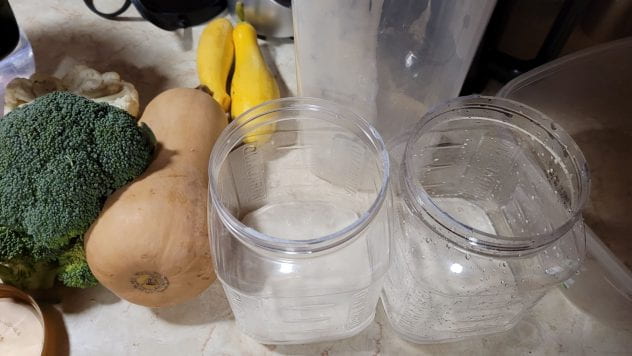 Maybe someday I’ll revisit the “One Hour a Day Challenge” and pay attention to the additional details of all my waking hours, as Britt did. For now, I’m thankful I got to finish my book, Cloud Cuckoo Land by Anthony Doerr.